Bitcoin, or as many people refer to it online, just ₿, is, for the time being, on the up and up. Earlier this year, Venmo, a financial services company, announced that it will be incorporating Bitcoin transactions into its platform, as the currency recently surpassed a record value of $63,000 per coin. Though Bitcoin has many benefactors in the tech executive class and beyond, this cryptocurrency has limited utility compared to the cost that it takes to maintain the entire system.

An indictment of Bitcoin is not an indictment of blockchain technology — the multi-agent authentication system on which Bitcoin operates — or its many other uses. Bitcoin, outside of the fact that it is a bubble likely to pop, creates more problems for the world than it solves.

Bitcoin has prominent proponents, such as Twitter and Square CEO Jack Dorsey and the Winklevoss twins. It makes sense — a democratized, purely digital currency is exactly the kind of futuristic, disruptive thing tech CEOs flock to. But why is it appealing? What problem is Bitcoin meant to solve?

Proponents will give you a number of answers. The currency is meant to escape the harmful oversight of a central bank, which is allegedly devaluing the money of hard-working Americans. You may have heard a similar argument from proponents of gold. In reality, the fluctuations in Bitcoin are otherworldly when compared to the stable inflation rate of the U.S. dollar. Even Bitcoin’s original selling point of complete anonymity is going down the drain, as many of the Bitcoin exchange services do in fact require a verified identity.

Bitcoin is much more an (volatile) investment opportunity than a revolutionary way to do commerce. Economist Nouriel Roubini has called Bitcoin “the mother of all scams” because of how it preys on the least financially literate with promises of revolutionizing the financial systems and the possibility to develop extreme personal wealth. In a speech this August, Gary Gensler, Securities and Exchange Commission chair, called for stricter regulation of the cryptocurrency market. Gensler called the current market “like the Wild West” in terms of protection for vulnerable new investors.

Those already bought into Bitcoin have the most incentive to encourage new investors to buy into the currency because that is the way their personal Bitcoin fortune can increase in value. In the same way that many first-time investors were left high and dry after the GameStop situation earlier this year, if the hype train slows down, millions of Bitcoin holders will be left holding the check.

Bitcoin has an environmental impact as well. Every Bitcoin transaction consumes around 500,000 times more energy to authenticate than a traditional online transaction. The immense energy cost of Bitcoin is built into the platform. Miners, or different computers all over the world who would like to authenticate, are all competing with each other for blocks, or groups, of transactions. This competition, while making the platform secure, also wastes incredible amounts of money on redundancy. Though Bitcoin “mines” are sometimes built in colder climates to alleviate some of the energy cost associated with cooling, (at this stage in the technology) Bitcoin mining still manages to consume more energy than the entire country of Finland.

Cryptocurrencies are already classified as securities and are thus in SEC jurisdiction in some regard, but the issue of taxes is still a weak point in the American crypto regulation scheme. Hopefully, cryptocurrencies will be coming under more stringent tax regulations soon.

Do I like that Bitcoin is getting taxed? Of course. Do I like that potential investors will have more information before they potentially flush thousands of dollars down the drain by investing at the wrong time? Yeah! But does this current regulation go far enough? No.

Bitcoin is the first major cryptocurrency, so of course, it will be the least efficient, the worst, the most polluting. Unfortunately, the hype around Bitcoin and the potential to make a quick buck has made it the favorite among the techie crowd. If you are fond of crypto, great! Invest in a different coin.

Regulation, in general, should be carefully applied so that it does not get too far in the way of a legitimate problem-solving enterprise. Thankfully, because Bitcoin solves no problem, there is no risk of that. Some have called for a ban on cryptocurrencies. I would not go that far, but we should seriously consider taxing the carbon emissions of Bitcoin mining facilities until the market recognizes the deadly inefficiency built into the platform.

Julian Barnard is a Senior Opinion Editor and can be reached at jcbarn@umich.edu. 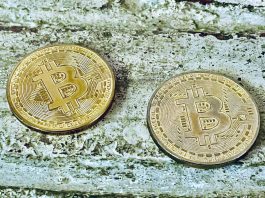 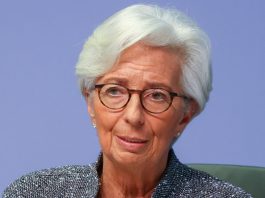 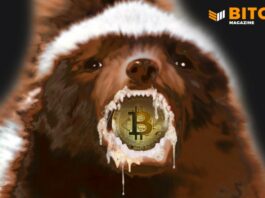