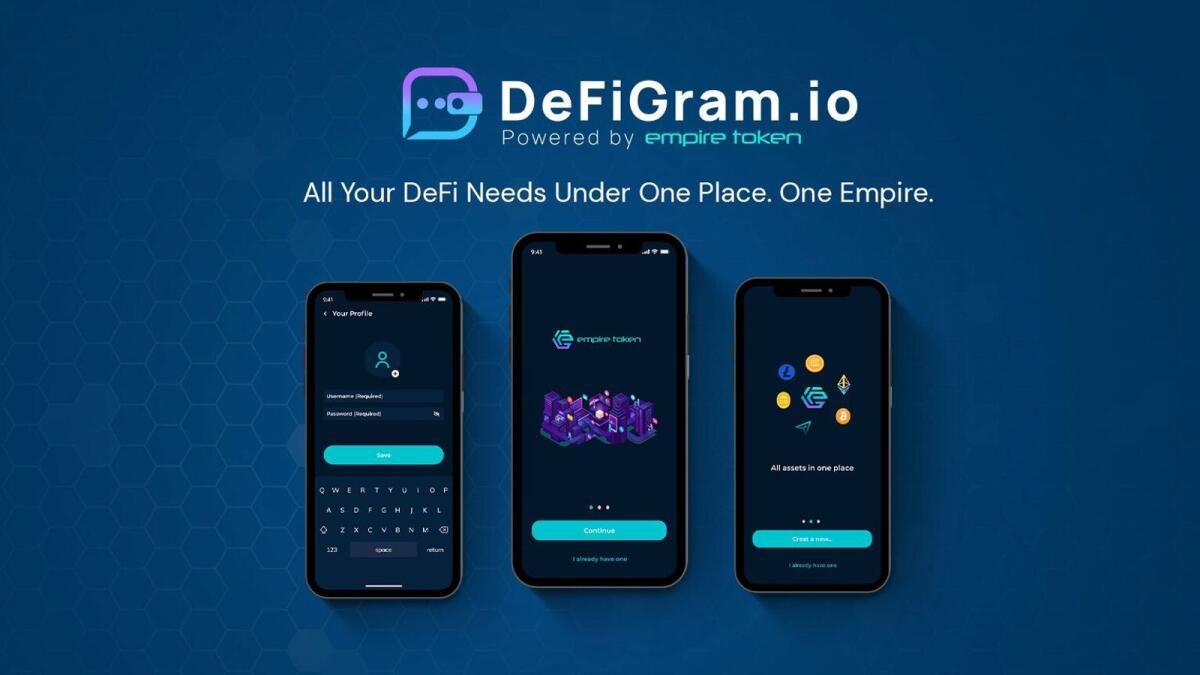 Empire Token has revealed the latest information on the development stages of DeFiGram.io, which promises to be the only app the DeFi investor will ever need. The project has brought together a large team of professionals, especially programmers of different technical aspirations, to produce a ‘clean and secure product’. Early versions of the app are already being tested and audited internally by select members of the Empire Token.

DeFiGram.io is an application that allows users to easily and securely manage their funds, as well as interact with other users in one convenient place. The cryptocurrency wallet will provide access to a whole host of decentralised apps (dApps) with unique features including decentralised exchanges, trading bots, and market data providers, among others. One such feature is buying cryptocurrency assets using credit cards.

“The card payment system will allow users to purchase cryptocurrencies within the app directly using their credit card, providing both convenience and security,” the company explained.

DeFiGram.io recently revealed its logo in a fantasy-themed video announcement published on the company’s social media pages. Abdullah Ghandour, founder and CEO, Empire Token, said: “The nature of the video is trying to convey that it’s important to dream about the future of the web, and although it is fun building new financial systems and models, there’s automatically a responsibility that comes with it.”

The app’s development has been given a nine-month time frame to reach its final development stage but the beta release is expected this quarter. Other app features include market data and analytics, social networking, trend analysis, portfolio management, and dApp store, among others.

“Since the app’s announcement, very little time has passed, but a lot of work has been put into it. We can say that today, we already have the discussion and groups part of the app with multi-factor authentication ready to use. Once we finish the chats, our next step will be to finish and implement our wallet and DEX inside DeFiGram.io,” Ghandour added.

During this year’s World Blockchain Summit held in Dubai, Ghandour made the statement that it is essential to maintain the decentralised nature of the app. Hence, it is critical to the proper functioning of DeFiGram.io the presence of partners who also work and think in a decentralised way.

DeFiGram.io is an Empire Token initiative aimed at providing DeFi users with a single solution for all their needs. Empire Token currently has over twenty thousand holders and an active community spread around the world.

Why Apple’s 5G problem may be legal and not technical