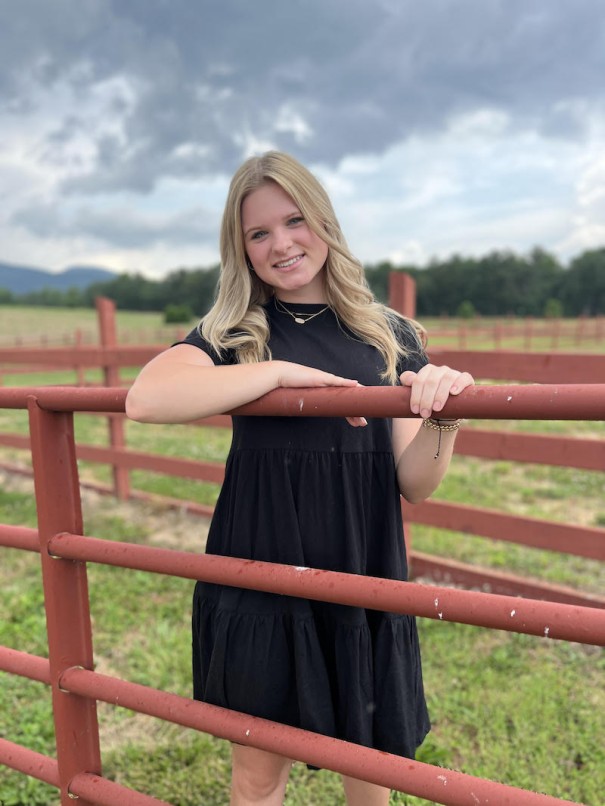 Payton Margaret Snider is the 2022 Apple Ambassador for the North Carolina Apple Festival.

Payton Margaret Snider, a rising senior at West Henderson High School, has been named Apple Ambassador for this year’s North Carolina Apple Festival, the event’s board announced Tuesday. The daughter of Darby and Cassie Snider, the ambassador will be awarded a $2,000 college scholarship.

The runner-up is Hayden Marie Thompson, a rising senior at Hendersonville High School and the daughter of Autumn and David Thompson. She will be awarded a $1,000 college scholarship.

Students who apply to serve as Apple Ambassador are required to submit their transcripts, list of activities, provide letters of recommendation and write an essay on the Apple Festival and the importance of the apple industry to this area. Based on the application and interviews, the board selects the Apple Ambassador.

The Apple Ambassador appears at the festival’s opening ceremony and throughout the four-day event over Labor Day weekend and makes other appearances to promote the apple industry.

The iPhone 14 Pro may be more expensive than we expected