Taking a look back at another week of news and headlines from Cupertino, this week’s Apple Loop includes a late arrival to the iPhone, the good and bad iOS security news, Apple Watches locking up, Wi-fi flaw fixed, iPhone Mini vs iPhone SE, new iPad Mini details, MacBook Pro launch dates, iCloud sizes, and sending an AirTag to Tim Cook.

Apple Loop is here to remind you of a few of the very many discussions that have happened around Apple over the last seven days (and you can read my weekly digest of Android news here on Forbes).

An Exciting Late Arrival To The iPhone

Mark this one down as either ‘revolutionary’ or ‘doesn’t every top-end Android smartphone already have this?’ depending on your tribe. The iPhone might finally be getting an always on display:

“The OLED LTPO displays expected to be included in the high-end iPhone 13 models would also enable the inclusion of a 120Hz refresh rate. Apple has been long-rumored to bring its 120Hz ProMotion technology to its ‌iPhone‌, and despite widespread rumors of it happening on the ‌iPhone 12‌, Apple now seems set-in-stone to include it for the high-end models of the iPhone 13.”

Discussions around the ‘Pegasus’ software from Israel’s NSO Group; its capabilities to hack a third party’s phone; and use the camera, microphone, GPS, and other sensors to monitor you; were everywhere this week A study by the Washington Post And one of the more interesting facets of the story is the vulnerability of the iPhone:

“We have seen Pegasus deployed through iMessage against Apple’s latest version of iOS, so it’s pretty clear that NSO can beat BlastDoor,” said Bill Marczak, a fellow at Citizen Lab, a cybersecurity analysts’ unit based at the University of Toronto. “Of course, developing security features is still important. Each new measure raises the cost to hack devices, which can price out less sophisticated attackers.”

Locking Up Your Apple Watch

Alongside the impact of the Pegasus software, Apple is facing a number of other security woes. iOS 14.7 has a significant issue when used to unlock a nearby Apple Watch; if you forget your passcode it locks up the Apple Watch and it will require a full wipe and restore to clear the problem on the smartwatch:

“When you have Unlock with iPhone turned on, unlocking your iPhone unlocks your Apple Watch as long as you’re wearing it. An issue in iOS 14.7 affects the ability of iPhone models with Touch ID to unlock Apple Watch…

This issue will be addressed in an upcoming software update.”

It has taken some time, but the biggest news in the iOS 14.7 update is security related. Apple has closed the Wi-Fi vulnerability that would expose an iPhone to attacks through a specially crafted SSID of a Wi-Fi network. Security Analysts ZecOps, who publicised much of the original work around the exploit, has confirmed the hack is closed:

“ZecOps has confirmed to me that, after conducting thorough testing, Apple has patched this flaw in iOS 14.7. Speaking to me, ZecOps CEO Zuk Avraham said “Format strings are going to remain a vulenrability class that is leveraged for exploit development.

“They are not as common as other classes of weakeness (eg, overflows/out of bound read/write, etc) but attackers only need one class and a bit of luck and convenient code logic. The bottom line is that there are plenty of bugs out there waiting to be discovered and we need to enable better access to device owners and SOCs to inspect mobile devices.” In short: you can expect variants of this hack to be back.”

The launch of the iPhone 13 will see Apple take another swing at the iPhone Mini concept, but I don’t think that’s going to be any more than a curiosity… not when the third-generation iPhone SE is waiting in the wings for an early 2022 launch. It’s set to be the cheapest 5G handset in Apple’s portfolio, albeit with a design harking back to 2014’s iPhone 6!

“The new iPhone SE will also feature 5G cellular activity, something Apple first brought to its high-end iPhones late last year. The article specifies that the iPhone SE will use Qualcomm’s X60 modem.

“Otherwise, the midrange phone (which also happens to be Apple’s cheapest at present) will closely resemble the current iPhone SE, including the 4.7-inch LCD screen. This is in contrast to Apple’s flagships, which have OLED screens that offer better picture quality by most measures”

Will Apple update the iPad before the end of 2021? The signs say yes, with an A15 powered small format tablet along with USB-C replacing the lightning port according to “sources familiar with the matter”. You can also expect the iPad Mini to come with the same smart connector as other iPads, opening up the peripheral market

“According to the sources, Apple is planning to use the A15 chip inside the new iPad mini, just like the new iPhones expected to be released later this year. The A15 chip will use the same 5-nanometer fabrication process as the A14, and our sources indicate Apple is also working on a more powerful A15X variant that could be used in other iPads down the line.”

When Will The MacBook Pro Arrive?

The exact details of the new MacBook Pro laptops remain up in the air, and once again it’s the new display technology that is causing headaches. Even some of noted Apple’ watchers can’t pin down a release to anything tighter than ‘between early September and late November’. If you were to ask me, Id suggest Apple will want to set up a rhythm to the releases, much as it does with the iPhone – so watch for a mid- to late-October launch event and the first batch going on sale mid November. Now ask me how big that first batch might be…

“Reiterating what reliable Apple analyst Ming-Chi Kuo said a couple of weeks ago, the new MacBook Pro is expected to go into production in the third quarter, which means an announcement is expected around September to November, according to Gurman as well.

“In his newsletter, Mark Gurman says “these new MacBooks were supposed to launch earlier, but complications around the new miniLED display have held up production.””

iCloud Is Not Enough

Apple’s 5 GB of free iCloud storage for ever user is enough to hold some photos and videos, but it’s not enough to use the cloud to transfer your data to a new iPhone. Although the free tier is not expanding, the beta releases of iOS 15 and watchOS 8 allow you to have a ’temporary boost’ to your account storage that will allow cloud transfers to take place. Charlie Sorrel argues that it’s time iCloud had a small bump in the free tier, say to 10 GB, to improve the user experience

“Is the 5GB iCloud tier only there to make you pay a buck a month for a much more practical (yet still scant) 50GB? Perhaps. Then again, there are plenty of people who will never, ever pay for extra iCloud storage, no matter the benefits. Some just cannot afford it. Others refuse to pay for what they think should be free, and others might already be paying for Dropbox or Google Drive, and don’t want to double up.”

What happens when you send an AirTag through the post to Apple? YouTuber MegaLag decided to find out. Spoiler… Tim Cook comes out of this much better than Elon Musk:

“Is the 5GB iCloud tier only there to make you pay a buck a month for a much more practical (yet still scant) 50GB? Perhaps. Then again, there are plenty of people who will never, ever pay for extra iCloud storage, no matter the benefits. Some just cannot afford it. Others refuse to pay for what they think should be free, and others might already be paying for Dropbox or Google Drive, and don’t want to double up.”

Apple Loop brings you seven days worth of highlights every weekend here on Forbes. Don’t forget to follow me so you don’t miss any coverage in the future. Last week’s Apple Loop can be read here, or this week’s edition of Loop’s sister column, Android Circuit, is also available on Forbes. 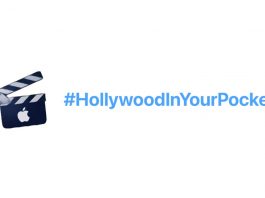 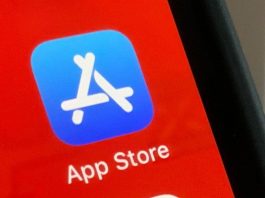