Apple (AAPL 2.16%) has been a fantastic long-term investment, but year to date the stock has fallen nearly 23%. The drop has come as investors worry about sky-high inflation and the Federal Reserve’s aggressive approach to bringing it back down by hiking the federal funds rate.

Apple’s share price drop, mixed with the general pessimism in the market right now, has left some investors wondering if Apple’s stock is still a buy. I think there’s a strong case for adding more shares (or starting a position) in the tech giant right now. Here’s why. 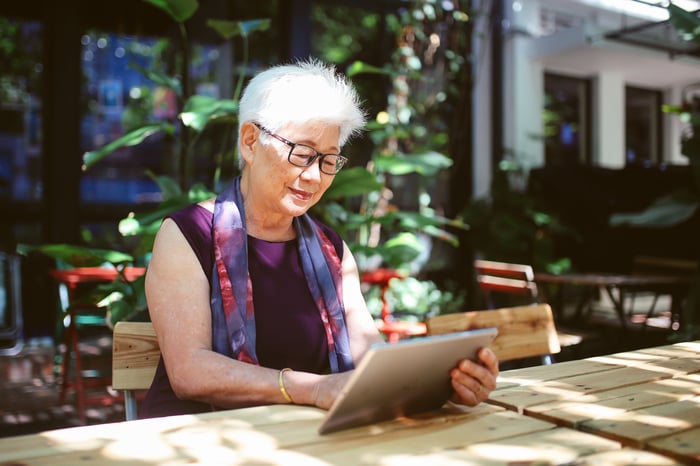 Tons of cash to weather any storm

Some investors are exiting technology stocks right now in part because many of them aren’t profitable and won’t be for years to come. Apple doesn’t have this problem.

At the end of the most recent quarter, the company had $193 billion in cash on hand. Even when you account for the company’s debt, Apple still had $73 billion left over.

At a time when investors are hunting for profitable companies that could weather a potential economic slowdown, Apple looks like a no-brainer.

Apple has built a very successful services business that some investors may still not fully appreciate. Consider that in the company’s second quarter, Apple’s services revenue increased 17% year over year to an impressive $19.8 billion.

Apple’s services revenue accounted for more than 20% of the company’s total sales, and the tech giant now has 825 million services subscribers, a 25% gain in the past 12 months.

Apple already has enviable gross margins of nearly 44%, but its services gross margins are even better, at nearly 73%. Investors should also consider that Apple still has more opportunities in the services space, including a potential subscription plan for its iPhone and other devices.

Plenty of potential for new products

Bloomberg reported back in May that Apple had shown its board of directors an augmented reality (AR) and virtual reality (VR) headset. Apple has focused a lot of attention on AR over the past several years with iPhone apps, but an AR device could be a big step into a new category.

Showing its board such a device could indicate that the company is close to releasing it, perhaps as early as next year. Noted Apple analyst Katy Huberty estimates that an AR/VR device could bring Apple $29 billion in revenue by 2026.

While these are just estimates based on a potential Apple device, the company does appear to be closer to such a product. Apple CEO Tim Cook said this month that people should “stay tuned and you’ll see what we have to offer” in the AR space.

While Apple hasn’t confirmed an AR device yet, Cook’s comments continue to hint that Apple has bigger plans for this space than just AR apps.

And finally, Apple has boosted shareholder value by using its cash hoard for share buybacks and dividend payments.

Apple’s CFO, Luca Maestri, said on the company’s most recent quarterly earnings call, “Our strong operating performance generated over $28 billion in operating cash flow and allowed us to return nearly $27 billion to our shareholders during the quarter.”

That figure came from a 5% increase in Apple’s dividend and ongoing share repurchases — with more to come. Apple’s board approved a $90 billion increase to the company’s current share repurchase program, which will continue to add value to existing shareholders by reducing the number of shares on the market.

With all of the above in mind, Apple’s stock looks like a great deal, especially at a time when investors are wisely focused on finding profitable companies that still have room to grow.