If you’ve got $299 to spend on some new spectacles then perhaps it’s worth checking out the Ray-Ban Stories smart glasses that combine style with shooting stills and video on the go with the power of the Facebook virtual assistant built-in. Featuring dual 5MP cameras, a touchpad, speakers, a three speaker array, and powered by a Snapdragon processor, the Ray-Ban Stories have a lot going on but surprisingly only weigh five grams more than its non-smart sibling.

Possibly the best thing that can be said about the Ray-Ban Stories smart glasses is that they look pretty much like normal glasses, unlike the distinctly odd-looking Google Glass. The Ray-Ban Stories will be available in Wayfarer, Round, and Meteor frames in five different colors and with a choice of lenses such as clear, sun, prescription, transition, and polarized.

What can you do with it?

You can capture still and moving imagery, listen to music or your favorite podcast via the built-in speakers, with the ability to export content to the Facebook View app, and then share it with the social media site of your choice.

You can control the Ray-Ban Stories by tapping the button on the right arm or the side-mounted touchpad, as well as by uttering the words “Hey Facebook” although that option might not be too widely used.

You’ll notice that while the Ray-Ban Stories is powered by Facebook’s virtual assistant, the social media network’s branding is conspicuously absent in the name and the design of the device. This is likely so that Facebook can distance itself from the Ray-Ban Stories and thus avoid prospective customers seeing the company’s branding and being put off by privacy issues. Speaking of which, Facebook says that only basic data will be collected; including battery level, account log-in, and WiFi details. It’s unclear whether Facebook will be able to track a user according to the WiFi networks that have been sensed by the device.

You’ll be able to place your order for the Ray-Ban Stories from today in a selection of 20 styles in the US, UK, Australia, Canada, Ireland, and Italy.

He’s been an Android fan ever since owning an HTC Hero, with the Dell Streak being his first phablet. He currently carries an OPPO Find X2 Pro in his pockets, a Galaxy Tab S5e in his backpack, and thinks nothing of lugging a 17-inch laptop around the world. When not immersed in the world of Android and gadgets, he’s an avid sports fan, and like all South Africans, he loves a good Braai (BBQ). 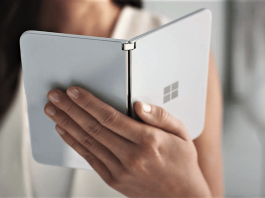 Good news! Microsoft says that Android 11 could roll out to... 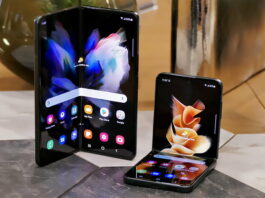 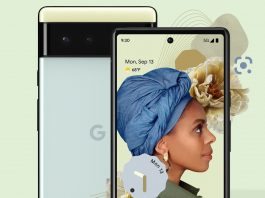 Google Could Be Bringing Back the Ultrawide Selfie Camera